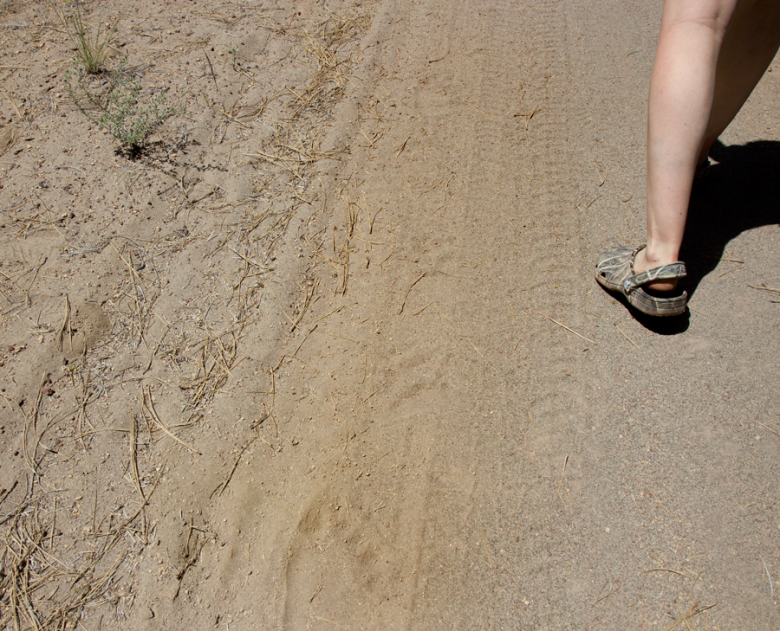 In: Education, On the Trail/By: Rachael Pecore-Valdez/Comments Off on Wildlife Tracking as a Tool for Wild Peace/

From our bicycles, we could see the disturbance left by the large paws of a bear on the dirt road beneath our tires. I stepped off my bike to get a closer look. The bear was walking in the same direction we were riding. Bear tracks at a glance look remarkably human, this bear’s feet were the same size as mine! A woman’s size 7 bear!

Following the bear’s tracks up the road, I wondered was the bear nearby? Where was it going? What did it eat today? Catching a bear by surprise, or any large carnivore for that matter, is ill-advised, but by catching this bear’s tracks instead we could read a little of this bear’s story without disturbing the bear or being surprised by it in turn.

The art of wildlife tracking is perhaps the oldest science known to humans. The movements of animals across the landscape leave trails of footprints, scat, scrapes and hair that with a little training can tell us who our wild neighbors are and what they’re doing. Wildlife tracking continues to be an integral tool for subsistence hunters and is increasingly being used by biologists, search and rescue teams, and outdoor educators.

Through the lens of the Wolf OR-7 Expedition, I believe wildlife tracking could also be integral to understand and better coexist with the ‘wild things.’ Understanding how wolves, mountain lions, bears or coyotes use an area through their tracks and sign might be helpful for recreationalists to avoid surprise encounters, and to livestock producers to determine when and where to graze sheep or to step up protective measures. In the middle of Portland, the tracks of a raccoon around a chicken house helped me identify where the hen house needed to be fortified. It also took a slew of loud obscenities at 2am and the force of a garden hose to deter that fat raccoon, but the hens survived that night.

Learning to recognize a few animal tracks has transformed the way I see and move in nature. While we only saw two black bear along our entire route, through tree rubs, scat, and tracks it was clear that Oregon’s wild lands were alive with quite a few more bear, mountain lion, wolves, bob cat, coyote, deer, fawns, elk, pronghorn antelope, ground squirrels, jack rabbits, snakes and lizards… not to mention the variety of birds that warned all these animals in advance that we were coming. Through listening closely to bird language – whether birds were singing, quiet or alarming – we could gauge the impact of our presence to wildlife, and the movement of other potential predators like hawks and cats.

The more I learn about wildlife tracking and bird language, the more aware I become that whether I’m walking solo through an urban park or the wilderness I’m never really alone, but am surrounded by an amazing diversity of wild neighbors. There are a number of wildlife tracking schools across the country and even internationally; here are a few that I can recommend from personal experience: 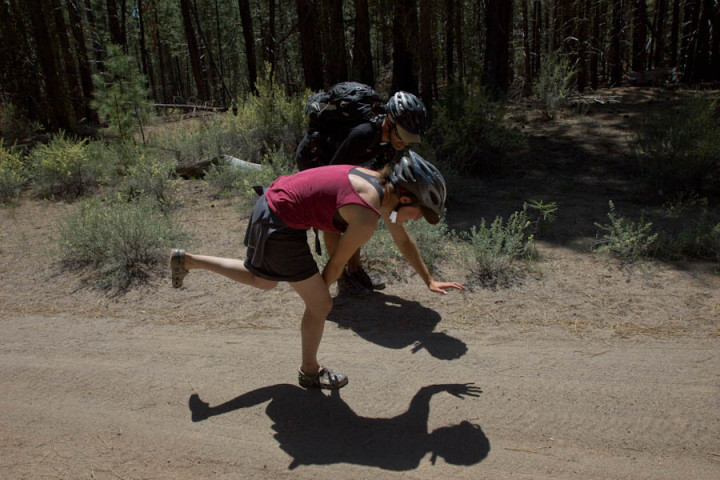