To Walk in the Wake of a Wolf – Poem 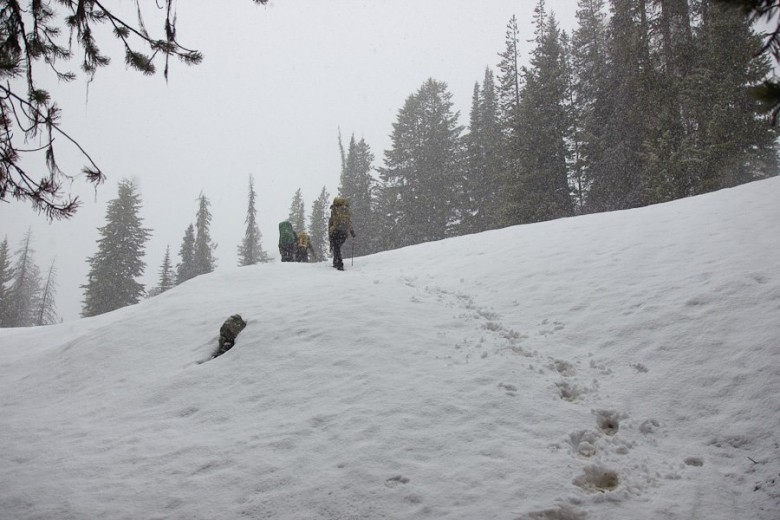 To Walk in the Wake of a Wolf – Poem

In: Backstory, On the Trail/By: Galeo Saintz/Comments Off on To Walk in the Wake of a Wolf – Poem/

I wrote this just before crossing the California border back into Oregon again. It is dedicated to my team members: Rachael, David, Daniel, Jay, Michelle, and Wolf OR-7.

To walk in the wake of a wolf
is to walk into the silence of stealth and the feast of fearlessness,
it is to fight for yourself and never forget the pack.

To walk in the wake of a wolf is to know the difference between greed and hunger, between the villain and the hunter,
it is to taste unforgiving wildness and
the loyalty of kin,
to breathe the spirit of a howling chorus
and to remember what it means to stand alone in the forest and cry out.

The tracks of a wolf are the tracks of a brother waiting for you
to find the old bond of blood
in a land where ground is the only common ground.

To walk in the wake of a wolf is to see yourself
in the shadows of the moon as a rogue
always on the run,
it is to know where you belong,
and to know before the wind speaks where opportunity lies,
where the secrets of survival are hidden in the night
ready to reveal themselves only in your dreams.

It is to listen to the fierce desire to be who you are in the world
and to be it fiercely, loyal to your name and ready.

To walk in the wake of a wolf is to know the world is still wild
and that you belong in it
as much as the wolf.