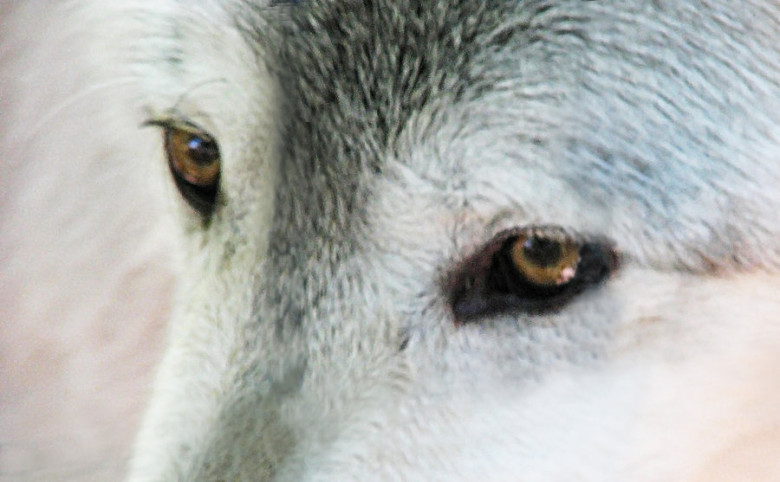 In: Stories Tales & Fables/By: Jay Simpson/Comments Off on TALES: The Wolf’s Eyelashes/

There once lived a wealthy tradesman who had a daughter named Akiko. Akiko was generous and well-loved. Early in her life, her mother died and her father remarried a woman who was sharp-tongued and mean. Envy surged through every inch of the new wife’s soul. She tried to weaken Akiko’s grace and charm by ordering her to take on extra household tasks. Although the work loomed before her like an immense mountain, Akiko worked until it was done… and she still managed to greet visitors at the door with a smile and beggars with a bowl of rice.

“Oh! She consoles every lost soul!” complained the wife to her husband at night. “If I didn’t watch her, she would give everything away and make beggars of us all.” The jealous, scheming wife pushed a wedge between Akiko and her father whenever she got a chance. “Maybe it wouldn’t be so easy for her to give money away if it were hers. Every beggar knows where to get a handout and they flock to this house. Are those the kind of people you want here when customers come to visit? You will see. Your customers will go elsewhere!”

No matter how hard Akiko worked, the wicked wife’s complaints increased. When accused, Akiko stood silently before her father… head bowed… hiding the tears that welled up in her eyes. Being a proper Japanese girl, she never defended herself.

Still, the next day Akiko was back at work with a smile and good will in her voice. This only served to anger the wicked wife more. “I don’t know why,” she thought to herself, “but I hate her… her smile… her voice… everything.” Then, on New Year’s Eve day, her hatred finally found its way… “Oh, now look!” The wife flew into a fury. “Akiko cooked old rice for the festive meal! The God of Happiness will be offended. We will have bad luck for a whole year.” The tradesman sent Akiko out of the house that day to make her own way.

Alone and forlorn, Akiko wandered from shop to shop. No one needed her. “Strange for a girl from such a family to wander the streets,” they whispered behind her back.

Soon, she became weak from lack of food or a place to rest and begged at an innkeeper’s door, “Please, honorable sir, I need some food. Will you take my quilted coat in exchange for some hot rice with fish and a cup of tea?”

“Give me your coat,” said the innkeeper. “How can I know its worth if I don’t sell it first?” He snatched her coat and shut the door before she could give him an answer. Trustingly, Akiko waited on the step. Dressed only in her thin kimono, she waited. “That good coat should bring a few coins from the pawnshop,” she thought, “and then, I will have a bowl of warm food.” Once again, Akiko’s spirits became bright. As she imaged the hot rice with fish, she went on to imagine working in a fine house with light-filled rooms and flowers for arranging. But her imagination grew thin as the waiting time passed on into the evening and the cold nipped at her through her kimono. She knocked at the innkeeper’s door again. “Please sir, may I wait inside until your servant returns with the coins from the coat?”

“You again?” shouted the innkeeper. “What a nuisance you are. You will discourage customers. Get out or else I’ll turn the dog loose on you.”

But Akiko was already running… running from her shame, running from the glares of the strangers in the street. It began to snow. Akiko grabbed an old sack from a garbage pile and kept running… running for the forest at the edge of town. “I would rather die in the forest than on any street in town,” she thought. “Let the wolves eat me like people say they do. It is winter. The wolves must be hungry. In no time, they will find me and end my miserable life.”

When Akiko entered the forest, she was somehow quieted… somehow comforted. She walked through the trees now hanging with snow. On and on she walked. With each step, she welcomed the imaginary wolf from the darkness that surrounded her.

Now, deep in the forest, she suddenly heard a slow growl. Crouched low and cautious… a wolf crept from the shadows. Akiko dropped to her knees, “Wolf, swallow me.” The wolf circled back upon its tracks but never dropped its gaze. “I don’t eat human beings,” it said. “Real human beings are rare… but you surely are one.”

At once, Akiko became curious. “How can you tell that I’m really human?” she asked.

“Through my eyelashes I can see who you are,” said the wolf. “Here, take these two. When you are walking in a town, look through them and you will see the truth. Do not trust whatever someone tells you. Trust only what you see through my lashes.”

Akiko thanked the wolf and set off at once to the nearest town to see for herself how the wolf’s gift worked. When she arrived in the town, Akiko seated herself at a busy intersection and watched people rush about their business with bundles and baskets. Some people were elegantly dressed. “These people look so respectable. Should I trust them? I’ll try the wolf’s eyelashes.”

At once everything changed. Now the woman dressed in silk had a hen’s head sticking out of her kimono, jerking greedily as if pecking for seeds. She was followed by several servants with the heads of mice and fish. A merchant strutted by with a pig’s head emerging from his fine kimono. Across the street, another merchant poked his fox’s head from a doorway… his eyes darted quickly back and forth about the street. Not one human being walked among the crowd.

Akiko was ready to leave in despair when she saw a poor woodworker who did not change when she looked at him through the wolf’s eyelashes. She followed him down the street and out into the country. When she caught up to him near his home, the woodworker said, “Who are you? You have been following me like a ghost!”
Akiko told him her story, and the woodworker took her into his home and fed her… although he had little to share. In time, Akiko grew strong. In time, they built a beautiful inn out of his small home. And in time, they fell in love.

Then one day, Akiko found a spring nearby, magically flowing with a fine rice wine. People came from miles around to visit the inn with this famous fine wine, and soon their business prospered.

Always, Akiko had a bowl of hot rice with fish for passing beggars and monks. One such beggar wept at her generosity. “Oh,” he said, “years ago I turned out my own daughter, who was as generous as you. And now, who knows if she still lives. Oh, I deserve this hard luck, which is an equal match for my once hard heart.” This beggar was, of course, Akiko’s own father. Akiko forgave her father and told him the story of how the wolf’s special way of seeing saved her. Akiko’s father came to live with her and her new husband and to care for his new grandchild… often retelling the family story of the wolf’s eyelashes.