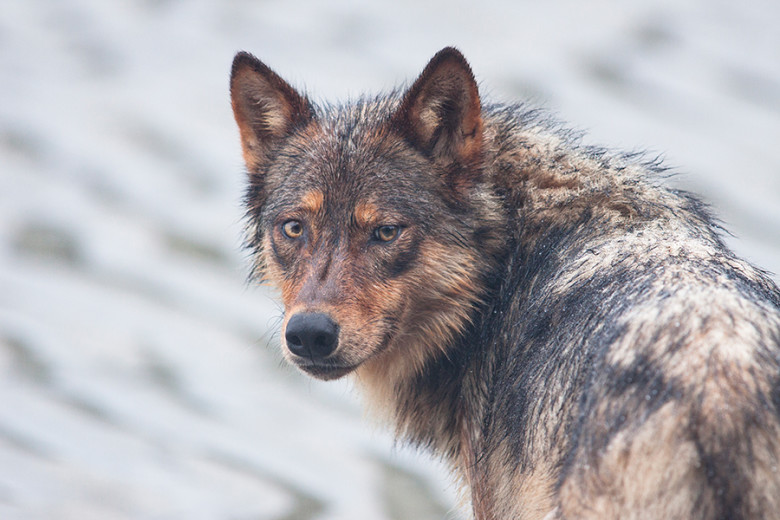 We did it too. We set out to meet with “ranchers,” “hunters,” “environmentalists,” “biologists” and “tribal members” and found that everyone we encountered identified with two or more of these titles. We met biologists who hunt deer and elk, ranchers who protect wildlife, environmentalists who grew up on cattle ranches, and tribal wildlife managers who raise livestock.

It’s tempting to isolate and choose a scapegoat for any problem, whether it’s those “Portlanders” over there on the west-side of the state, or those “Southern Californians” down beachside, or those “foreign Canadian wolves.” Coming from “Portlandia,” I fully expected (and feared) that I’d be met with bared teeth and raised hackles.

Maybe we were just in the right place at the right time, but to the credit of all those we contacted over the phone and people we met along the way, we were treated with respect if not downright friendliness. We were even invited in for watermelon and showers by a family who stated outright that they “liked cyclists more than wolves.”

I was impressed and even proud of the Northwest hospitality we encountered, even by suspicious “gun-toting landowners”, and I can only hope that the people we encountered felt the same respect in return.

“Just as the humans involved in the wolf debate deserve to be seen as individuals, not stereotypes, so do the wolves. They are not the boogeyman, or storybook monsters aiming to prey upon the young and the old. They aren’t cuddly pets or religious icons. They are Canis lupus. Wolves.”
– “Collared” by Aimee Lyn Eaton