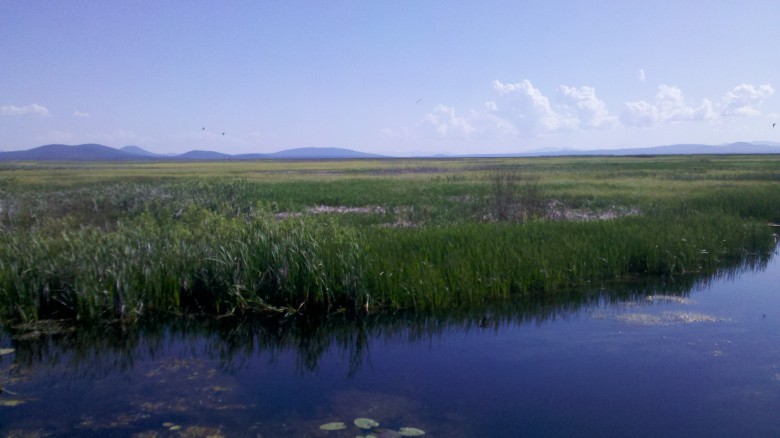 In: Education/By: Rachael Pecore-Valdez/Comments Off on Jon Young on Education and Nature Connection for the Wolf OR-7 Expedition/

Surrounded by wild nature, it doesn’t take long for something to shift inside me. It’s as if the cares of society become hushed, and my senses expand into the present moment. It feels good, and it’s addictive. It’s why despite mosquitoes, rattlesnakes, or freezing temperatures I return time after time to camp, sit or walk where the wild things outnumber the things under human control.

One day on bicycles during the Wolf OR-7 Expedition, I knew we were nearing the Klamath Marsh not because of a map, the mileage, or the time of day but the flash of a dragonfly overhead. The days had been full of dry pinelands and rabbit brush, which combined into a vivid smell of dust and cinnamon. The only visible water for days was hidden in the green hue of leaves and pine needles.

First there was a dragonfly, then the tracks of a bear on the dusty, gravel road heading toward the first thicket I’d seen of new green huckleberry. I could not see water, but the presence of water has a smell, and by the constant direction of deer tracks and breezes I knew where the marsh lay. The tell-tale sign of two ospreys, circled overhead calling back and forth with sharp whistles confirmed beyond a doubt that we were near a significant water source. Still, it took my breath away. The forest simply stopped, and the marsh grasses began, unfolding across miles of open horizon to the feet of the Cascade Mountains.

The sounds of birds filled the air, and as the sun set so did the mosquitoes. The voice of Michelle van Naerssen, our trusty van support, crackled over the walkie talkie indicating we were almost home for the day. She had already set out the makings for dinner, and greeted us with her daily questions, “How did the day go? Tell me your stories!” I was always too tired after a day on the move to answer until we were settled down with food in hand. Then the stories of the day’s highlights, the bear tracks, osprey… would emerge.

Michelle’s questions and curiosity were a daily ritual. Questions about the story of the day were a well-worn habit to Michelle. I’m not sure she realized she was doing it, but I recognized her training as a mentor and educator for Wilderness Awareness School, an organization in Duvall, WA founded by Jon Young. 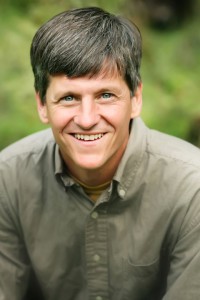 Jon Young is renowned educator, and for over 30 years has studied antidotes to “nature deficit disorder,” a term popularized by Richard Louv. Familiarity with nature, connecting to nature as family, is what inspired my career in natural resources and continues to be the inspiration for the Wolf OR-7 Expedition. In Jon Young’s book, Coyote’s Guide to Connecting to Nature, he reveals routines such as the “sit spot” or “story of the day” that whether I’m sitting on my porch in the city or out in the wilderness, conspire to make that subtle shift inside me. That shift where my senses expand into the present moment and I just feel good.