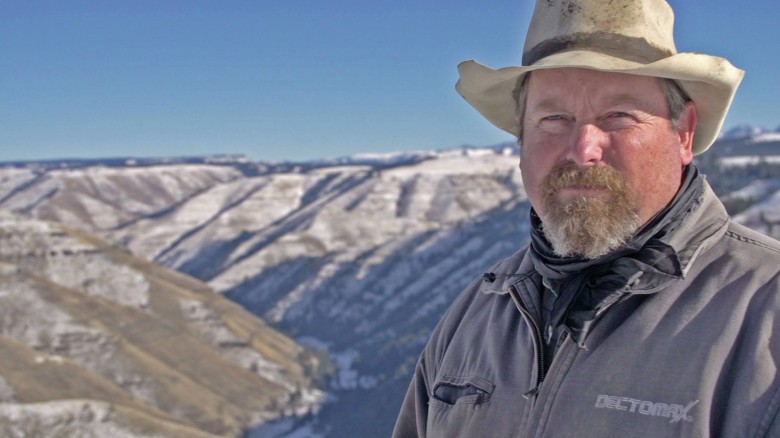 We met Todd for a hearty breakfast at the Cheyenne Cafe in Joseph, OR.

He moved to Wallowa County at a young age from California, where his father worked at UC Davis. Ever since raising his first calf as a kid, Todd knew he wanted to be a cowboy. He worked on other’s ranches, and then began to lease private and public lands to run his own cattle. He now leads one of the largest operations in the area at 700 head of cattle, many of which are sold to Painted Hills Natural Grass-fed Beef.

One of my burning questions was, “I like wolves and I like beef; do you think it’s realistic to hope that I can have both?” Todd did think it was possible, although he was clear that he and the Oregon Cattlemen’s Association would prefer not to have to deal with wolves at all, wolf packs added a considerable burden of time to an already busy job. He thought it would be possible if livestock producers and wildlife managers had more flexibility to take wolves out of the equation that chronically preyed upon livestock.

Under the current Oregon Wolf Management Plan, a wolf in Oregon may be killed by Fish and Wildlife only after 4 confirmed livestock kills within 6 months, and only after the livestock producer has tried nonlethal deterrent measures. A wolf may also be killed by a livestock producer if caught in the act of predating on livestock, which is usually at the wee hours of the morning when people aren’t around. He believed that under the current law, problem wolves would never be addressed. 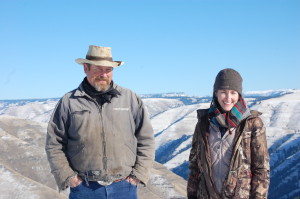 Todd took us up to the range where his cattle roam, and on the drive up mentioned that his cattle were not where they should be down in the valley, but must have busted through a fence. As we jumped out of his truck, not 50 feet away were fresh wolf tracks trotting straight through. An Oregon Fish and Wildlife livestock producer alert later confirmed that a GPS collared wolf, OR-25, had been through the area early that morning. It took Todd a couple hours to repair the fence the cattle had burst through.

Reflecting on our conversations it felt to me like Oregon is in an awkward teenage period, at times resentful yet resigned to learning how to work with wolves. Waiting out a difficult period until wolves recover enough to be de-listed from both state and federal endangered species lists, and regulations are normalized to the same tools that we use to manage other carnivores like cougar and bear, including lethal management.

I left Wallowa County with the feeling that if I wanted my grass-fed, natural beef and wolves in Oregon I needed to exercise my dollar vote. Support local livestock producers and the added time and dollars they are spending to deter wolves including an increase in human presence and the time to fix fences that cattle plow through when wolves test the herd’s fitness.

Looking out the car window like a child in school, I found myself naively daydreaming of an Adopt-a-Cow program where wolf-supporters would agree to pre-pay farmers for a certain number of calves that might inevitably be lost to wolves, cougars or bears. I imagined receiving an adoption packet of an adorable calf or lamb, and then the investigation data by Fish and Wildlife of its gruesome, gory death, and a picture of a carnivore that roamed wild and free; the sort of twisted humor that could only work in Portlandia.