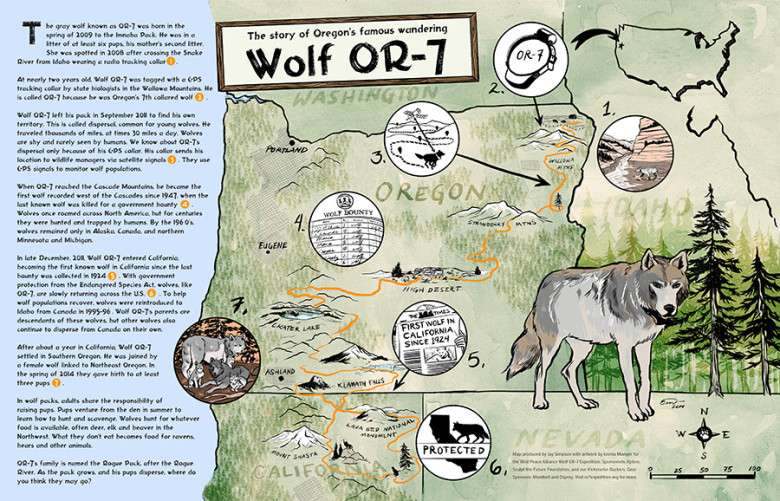 In: Education/By: Jay Simpson/Comments Off on Wolf OR-7 Story Map/

We’ve illustrated a map of Wolf OR-7’s generalized dispersal to depict the remarkable story of an actual wolf living in the 21st Century. Alongside the illustrated map, we’ve included details about his life and relatives, the history of wolves in the USA, basic wolf ecology, and more. We illustrated the map with schools in mind. If you know of a school that would be interested in posting this map, please let us know at info@readingnature.com. 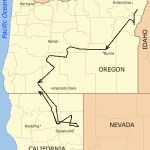 The first time I encountered a news article about Wolf OR-7, it included a simple map of Oregon that had an erratic, mysterious line crossing the state. These maps, like the one pictured left, have become a way to relate to and understand the story of Wolf OR-7. Maps are also used by state and federal biologists to understand Wolf OR-7, plotting his estimated lines of travel and geo-located data points. But there are many aspects to Wolf OR-7’s story left unsaid by these maps, so I decided to create a map including additional context to better depict the narrative landscape surrounding Wolf OR-7.

More details from the map text: